Is it a good moment to reevaluate our ideas about (established) democracy and it's values liberty, equality and justice?
Is it a good moment to review democracy, our role and relationship within it?
I think so and this photo could be inspiration for it. It could be motivation to stay alert, informed and aware of how fragile democracy can be.
This photo could be a reminder that we may take democracy for granted and see ourselves even entitled to it, with all the rights that it comes with.

If you would like to find out more about my thoughts on it check out @ https://www.guide-collective.com/gc-magazine/democracy-cradle-of-rights-or-entitlement?rq=democracy

The photo shows a copy of "Statue of Liberty" (originally: Liberty Enlightening the World) in Colmar, located in Alsace in eastern France. Colmar is the home of Auguste Bartholdi, designer and scultpure of the Statue of Liberty, the work for which Bartholdi is most famous.

When visiting Colmar and leaving the city with a groupe that I guided through France, we drove by the staute, dressed in a “Yellow Jacket” (actually a parachute stiched together as a suiting jacket), in acknowledgment and support of the “Yellow Jacket movement 2018/2019” in France. I have no idea who put it up as there was nobody present at the round about.
From November 2018 and long into 2019 (officially there are actually still some yellow jackets protesting and sometimes I see them here in France) millions of French went out on the streets to be heard in their discontentement, their frustration and critizism of the government. Many different motivations drove people out. The movement was very strong intitially and for several months (even beyond French borders) and had a huge impacton society. In retrospectie it probably had more impact on society as a common event and the Frenh economy than it had politically.
The length of the movement and the actions taken, which seemed after several months without clear direction and leadership to many people, a lot of discussions about democratic rights and obligations and the abuse of it came up.

In the mean time we have a new challenge, Covid (see my article on the Guide Collective website: https://www.guide-collective.com/gc-magazine/democracy-cradle-of-rights-or-entitlement?rq=democracy, that challenges every individual on earth and governments. In several countries importat elections are coming up in the next years. It is important to remind ourselves, those that live in democratic societies, to be aware of our obligations that assure our rights of democracy.

This photo can be MOTIVATION to stay alert, informed and aware of how fragile democracy is.
This photo can a REMINDER that we may take democracy for granted and see ourselves even entitled to it, with all the rights that it comes with.

The Statue of Liberty
Soon after the establishment of the French Third Republic, the project of building some suitable memorial to show the fraternal feeling existing between the republics of the United States and France was suggested, and in 1874 the Union Franco-Américaine (Franco-American Union) was established by Edouard de Laboulaye. Bartholdi's hometown in Alsace had just passed into German control in the Franco-Prussian War. These troubles in his ancestral home of Alsace are purported to have further influenced Bartholdi's own great interest in independence, liberty, and self-determination.
Bartholdi broached the idea of a massive statue and once its design was approved, the Union Franco-Américaine raised more than 1 million francs throughout France for its building. On 4 July 1880, the statue was formally delivered to the American minister in Paris, the event being celebrated by a great banquet.
In October 1886, the structure was officially presented as the joint gift of the French and American people, and installed on Bedloe's Island in New York Harbor.

No Stock Available Stapled chairs in the hallway of one of...

No Stock Available Stapled chairs in the hallway of one of... 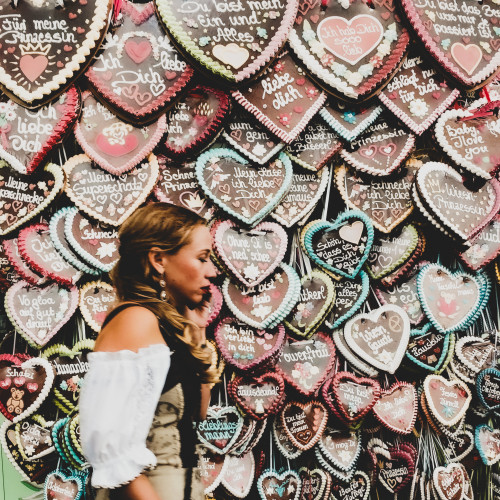