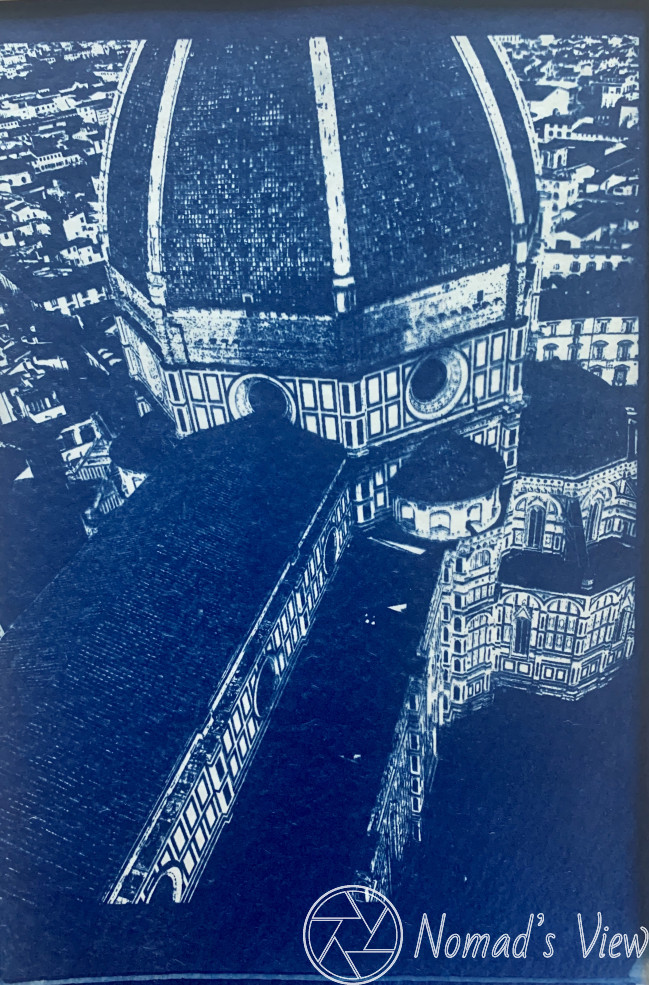 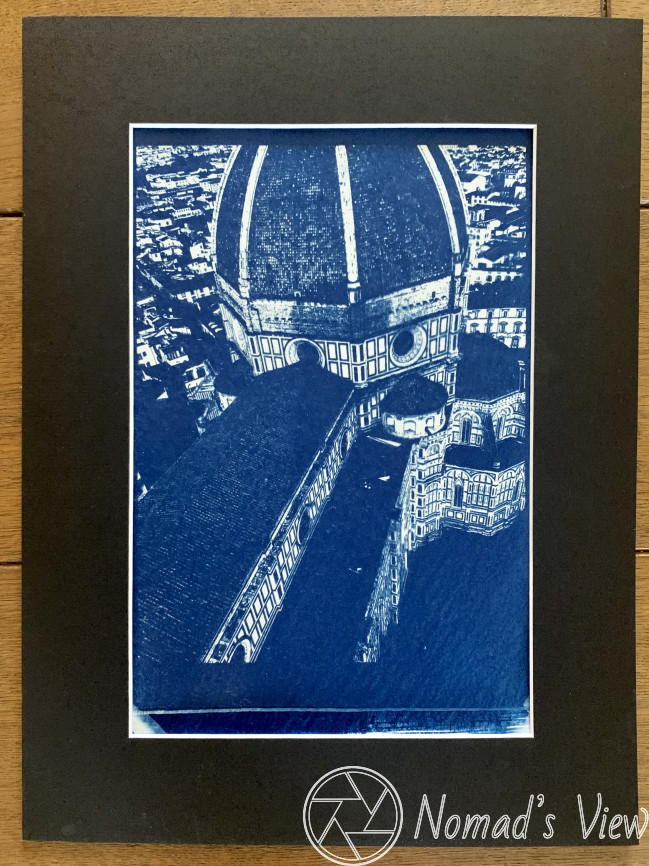 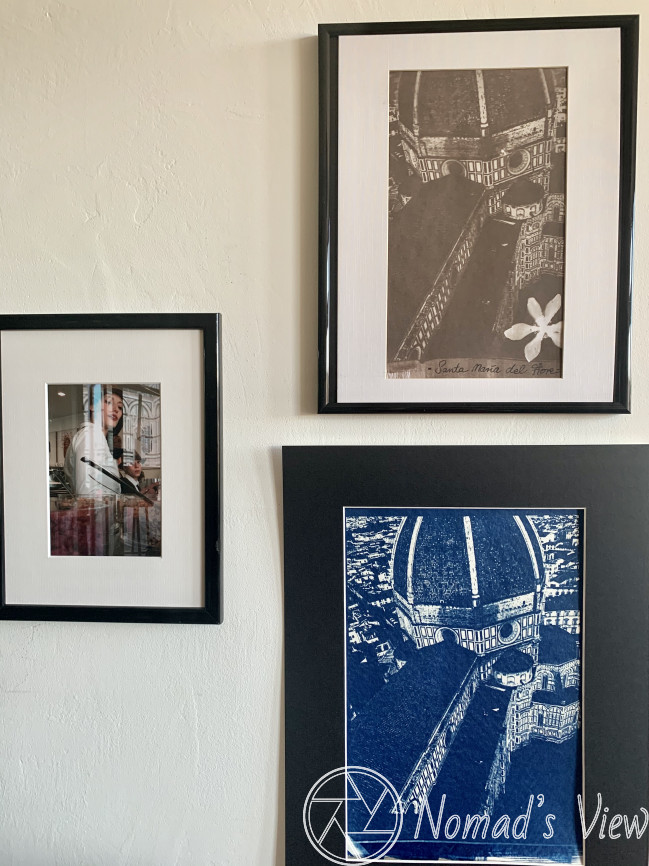 This Cyanotype shows a view from famous Giotto bell tower next to the cathedral in Florence onto its roof which leads us to the famous coupola or dome of Brunelleschi above the transept (intersecting arms of the church). The viewers eyes are caught by the symmetrie and complexity of the marble facade decoration of the outside of the building. The strong contrast underlines the geometrical element.

The Cyanotype printing process relies on the light sensitivity of iron salts, creating blue-tinted images. It was developed by John Herschel in the mid 19th century and became famous for being used for large scale engineering plans (hence 'blue-print').